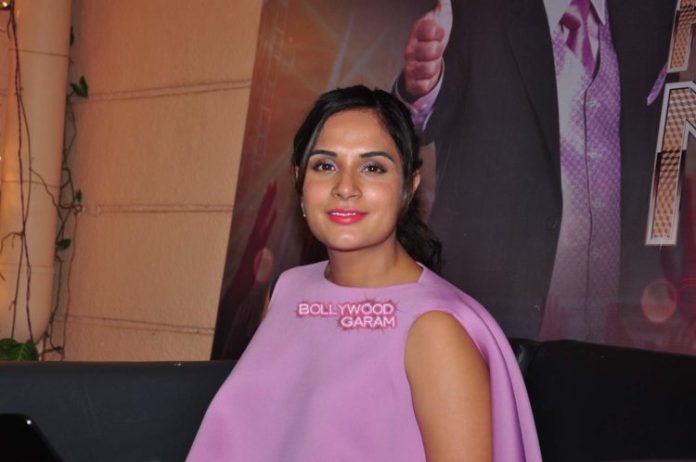 Indian actress Richa Chadda was at the Country Club New Year celebration announcement at an event in Mumbai on December 24, 2015. The ‘Fukrey’ actress was seen in a pink top and a purple skirt.

On the work front, the actress was last seen in the movie ‘Aur Devdas’ in which she will be seen playing the role of ‘Paro’.