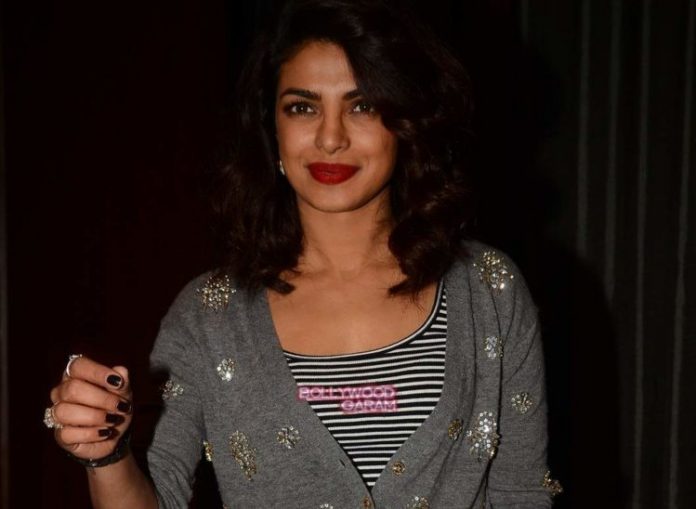 Bollywood actress Priyanka Chopra and director Sanjay Leela Bhansali promoted their movie ‘Bajirao Mastani’ at an event in Mumbai on December 25, 2015. The actress was busy with the shooting of the American TV series ‘Quantico’ due to which she would not be a part of the BM promotions.

The movie has hit the theatres on December 18, 2015 and is running successfully all over. Priyanka is now catching up with some of the remaining promotional events.

Priyanka and Sanjay interacted with the media and said that they are thrilled with the response.