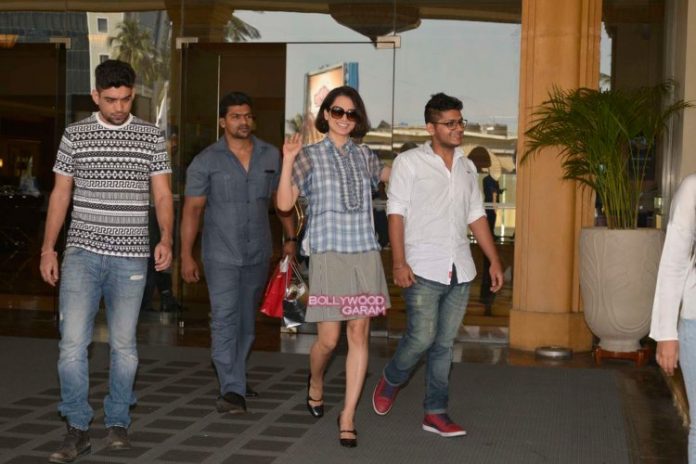 Bollywood actress Kangana Ranaut has had a successful 2015 and joined her family and friends for a brunch at JW Marriot in Mumbai on January 1, 2016. Ranaut stole the hearts of the audience with her ‘Tanu Weds Manu’ sequel starring R Madhavan.

The actress was seen playing a double role and sported a short hair look. Her next release was ‘Katti Batti’ with Imran Khan which did not take off well at the box office.

The actress is currently working for the upcoming movie ‘Rangoon’ which also stars Shahid Kapoor and Saif Ali Khan.