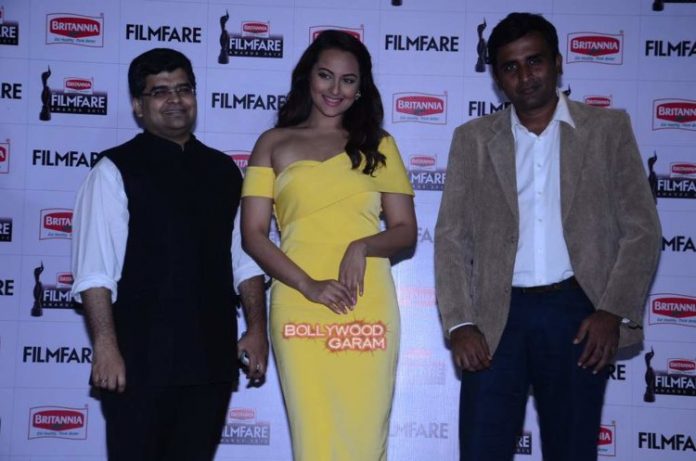 Indian actress Sonakshi Sinha attended the Filmfare Awards Press conference held in Mumbai on January 4, 2016. The actress looked great in a yellow off shoulder outfit and interacted with the media.

Sinha lighted the inaugural lamp and at the beginning of the press conference and spoke about the best performances of 2015.

The Filmfare Awards ceremony is all set to take place on January 15, 2016.