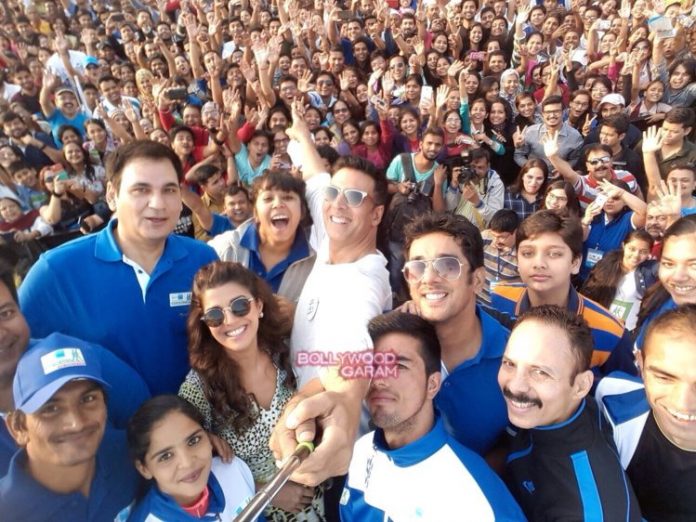 Actors Akshay Kumar and Nimrat Kaur promoted their upcoming movie ‘Airlift’ at the Max Bupa Walk for Health’ event in Mumbai on January 10, 2016. Akshay at the event was seen talking about the importance of health and fitness.

The event was organised by Max Bupa Health insurance in Mumbai.

Akshay and Nimrat’s upcoming movie ‘Airlift’ is directed byRaja Krishna Menon and is scheduled to hit the theatres on January 22, 2016.