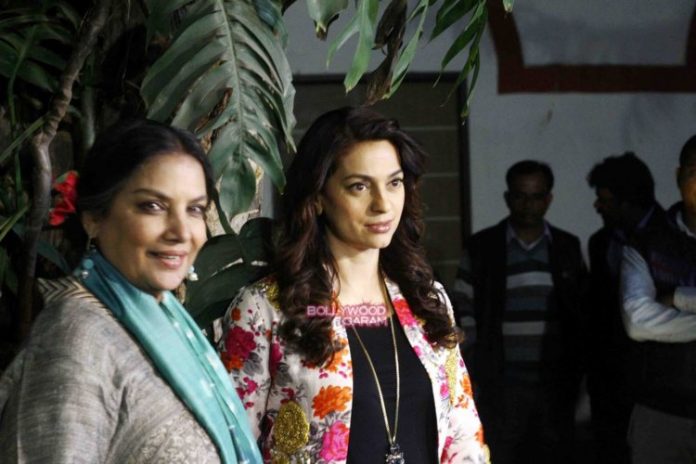 A special screening of the movie ‘Chalk n Duster’ was held in New Delhi on January 10, 2016. The screening was hosted by the lead actors Juhi Chawla and Shabana Azmi and was attended by the Delhi Deputy Chief Minister Manish Sisodia.

The movie is based on the commercialization of education in India and will hit the theatres on January 15, 2016. Juhi and Shabana will be seen playing teachers.