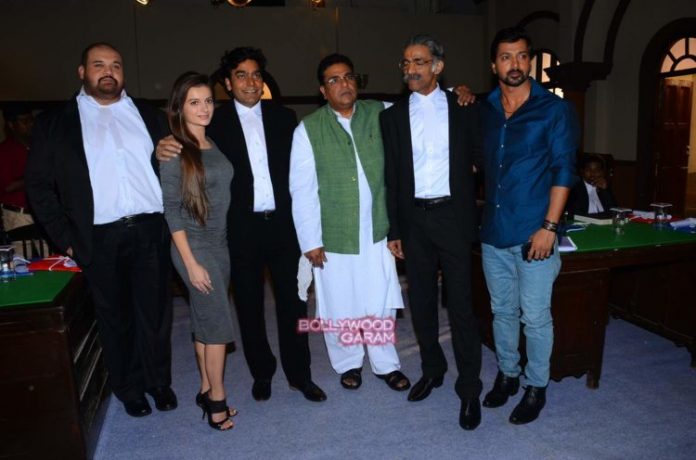 Lead actors Ashutosh Rana, Zakir Hussain, Makrand Deshpande and others shot for the ‘mahurat’ shot of the upcoming movie ‘The Chicken Curry Law’ held in Mumbai on January 11, 2016. The shot saw Makrand and Ashutosh shooting for a court scene.

Ashutosh, while talking about the said that the movie has a very interesting title and added that the makers have conveyed the unusual system of law in the country in a satirical way.

The actor while talking about his character said that he plays the role of an advocate.