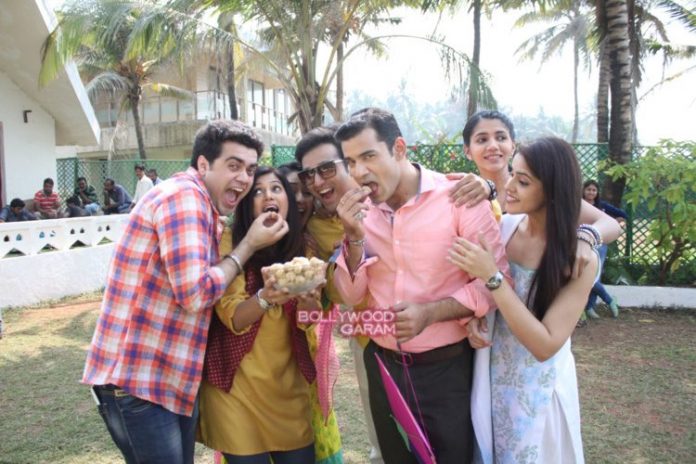 Lead stars of the TV series ‘Bhaage Re Mann’ celebrated the festival of ‘Makar Sankrant’ on the sets in Mumbai on January 14, 2015. Actress Karuna, seen playing the role of Padmini with Raghav and Ashutosh were seen enjoying the afternoon by flying kites and having seasonal snacks.

Colorful kites were seen flying high in the sky and the actors were seen indulged in a friendly competition with each other.