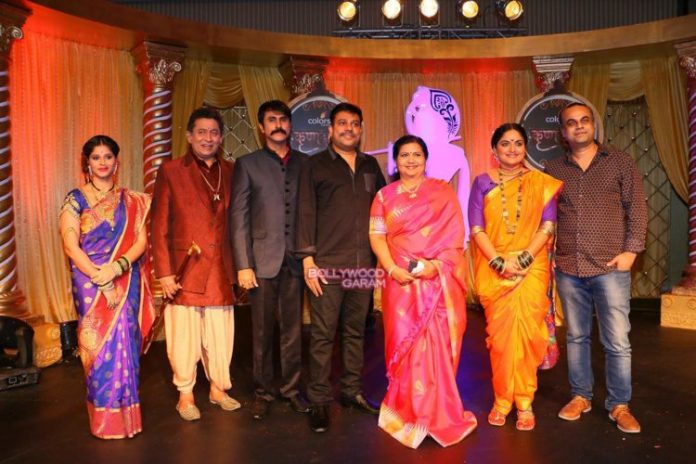 Lead actors Sana Amin Sheikh, Chhavi Mittal and Indira Krishnan of the upcoming TV series ‘Krishnadasi’ launched the new series at an event in Mumbai on January 19, 2016. The show was launched with a classical dance performance by the lead stars.

The new show ‘Krishnadasi’ is based on the untold story of devadasi community. Actresses Indira and Chhavi were seen dressed in the traditional Maharashtrian outfit ‘Nauvari’ which is a nine yard sari. Sana while talking about the new series said “It’s a different and an untouched concept that has never been attempted on the Hindi television industry.”

The new show will premiere on January 25, 2016 and will replace the reality show Bigg Boss.