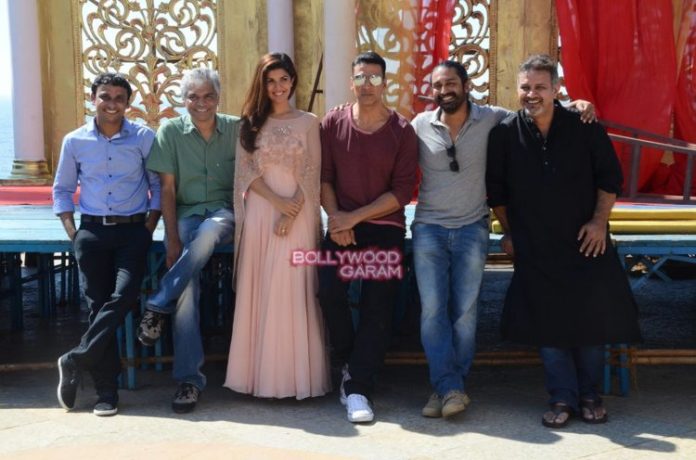 Actors Akshay Kumar and Nimrat Kaur promoted their movie ‘Airlift’ at an event in Mumbai on January 25, 2016. Nimrat looked great in a long peach outfit while Akshay was seen in a casual t-shirt and jeans outfit.

The movie has hit the theatres on January 22, 2016 and is running successfully all over.

The story is about the mass evacuation of Indians from the war hit country Kuwait.