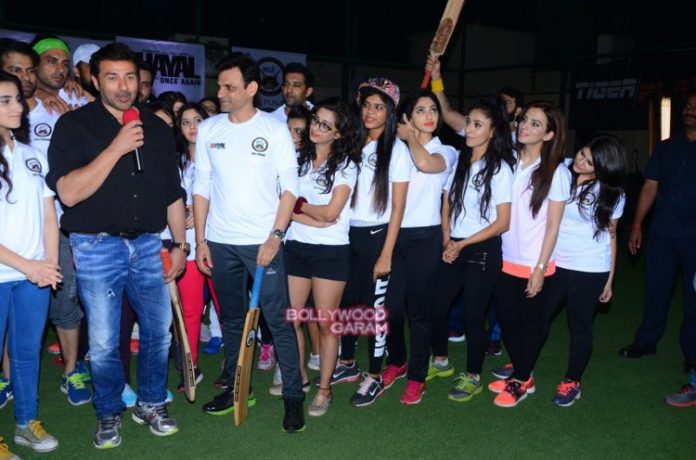 Bollywood star Sunny Deol promoted his upcoming movie ‘Ghayal Once Again’ amidst the players of the Celebrity Cricket League in Mumbai on January 31, 2016. Sunny was accompanied by his co-actors Shivam Patil, Diana Khan and Rishabh Arora.

The cast played a friendly match between Deol’s team and Sumit Dutt’s team from CCL including Hard Kaur, Jassi and others.

The movie ‘Ghayal Once Again’ is all set to hit the theatres on February 5, 2016.