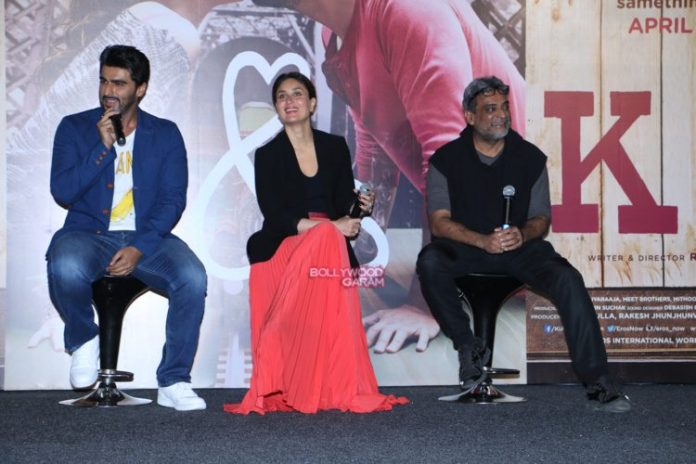 Actors Kareena Kapoor and Arjun Kapoor showed off a great chemistry as they launched the trailer of their upcoming movie ‘Ki and Ka’ at an event in Mumbai on February 15, 2016. Kareena looked stunning in a peach and black outfit with a black blazer while Arjun looked great in a casual jeans, t-shirt and a blue blazer.

The trailer of the movie has managed to impressed the audience in which Arjun is seen playing a house husband while Kareena is the man of the house who takes care of the expenses.

The romantic comedy flick is directed and produced by R.Balki and is all set to hit the theatres on April 1, 2016.