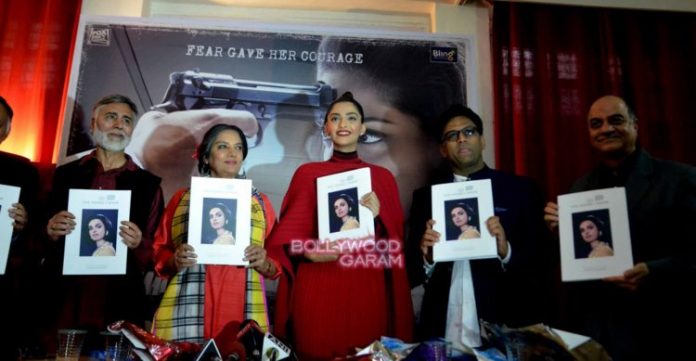 Actress Sonam Kapoor was on a promotional spree while her visit in Delhi. The actress was a part of the intercity walkathon organized by Max Bupa Health Insurance held in Delhi on February 14, 2016.

Sonam also hosted a press event along with co-star Shabana Azmi in the capital. The ‘Dolly Ki Doli’ actress looked super cool in a red outfit from the Salvatore Ferragamo’s Fall 2015 collection.