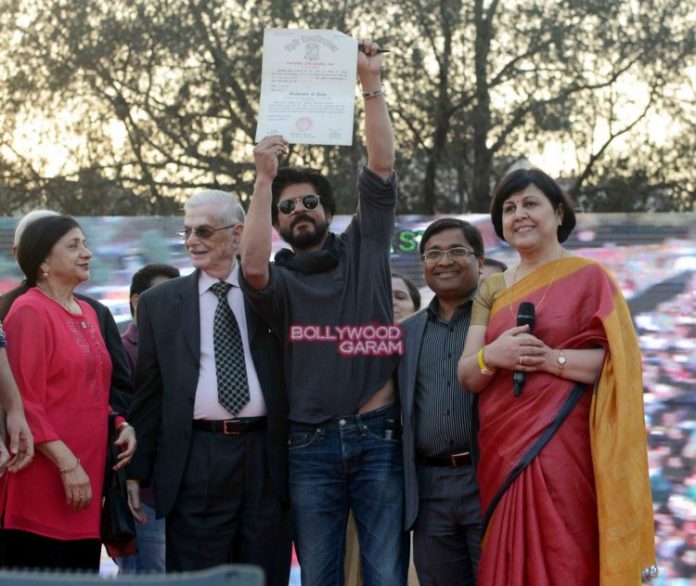 Superstar Shahrukh Khan was snapped at Hansraj College of Delhi University in Delhi on February 16, 2016. The actor was not for any promotional event but for collecting his degree which was at the college for the past twenty eight years.

The actor also launched a song from his upcoming movie ‘Fan’ at the campus. Shahrukh was welcomed by hoards of fans who were waiting outside and inside the campus to catch a glimpse of the star.

The movie ‘Fan’ is directed by Maneesh Sharma and is all set to hit the theatres on April 15, 2016.