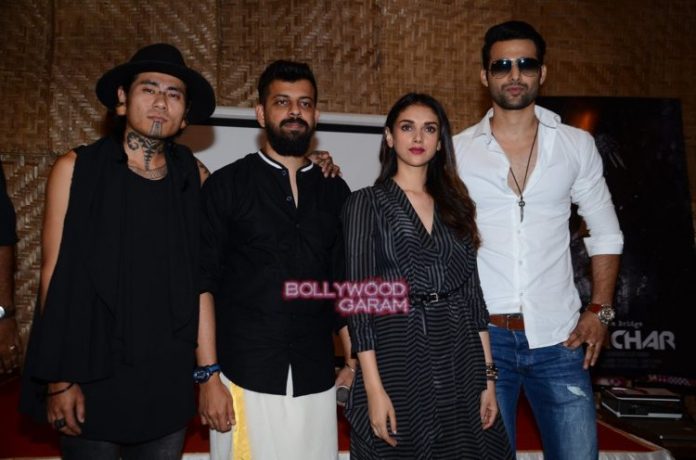 Actress Aditi Rao Hydari and singer Sona Mohapatra launched the Bejoy Nambiar’s music video ‘Aarachar’ at an event in Mumbai on February 16, 2016. The video is directed by Nambiar and features Aditi.

Nambiar in a statement said, “It’s got the fire starter quality to it. I deliberately wanted to get out of a narrative based approach and try and do something completely different in the treatment. The style and the grandness was planned to give the video a wider appeal”.

The video has been made for Kerala based band Thaikkudam Bridge.