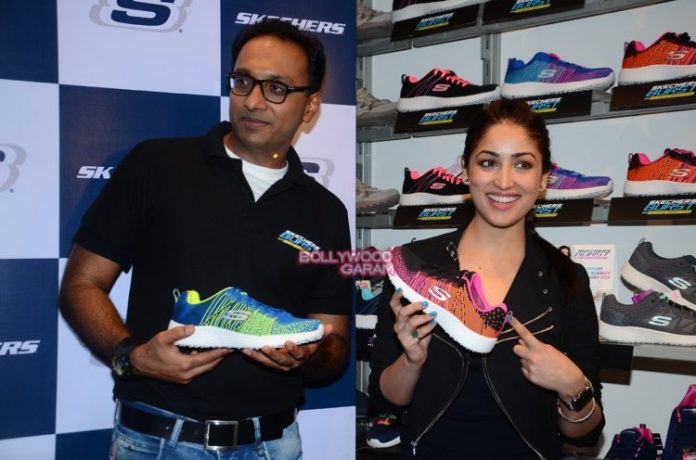 Bollywood actress Yami Gautam unveiled the new collection of Skechers Burst at an event in Mumbai on March 2, 2016. The actress showcased a wide range of new age shoes which are known for their flowing designs.

Yami at the occasion interacted with the media and said that she is thrilled to be associated with the launch and also talked about the brand Skechers.

On the work front, the actress was last seen in the movie ‘Sanam Re’ and is currently filming for the upcoming movie ‘Junooniyat’.