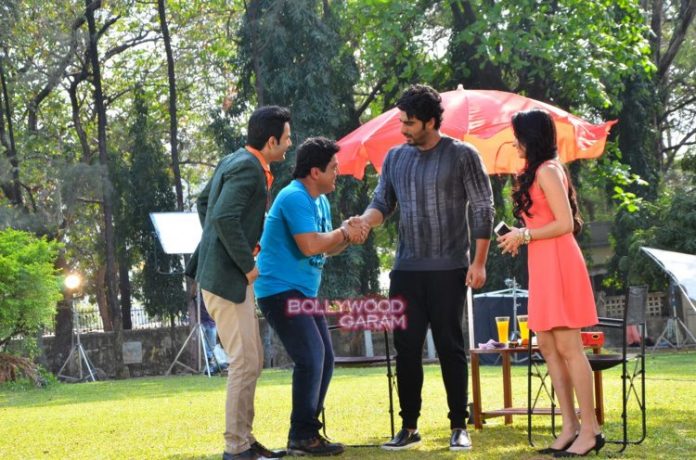 Bollywood star Arjun Kapoor promoted his upcoming movie ‘Ki and Ka’ on the sets of the popular TV show ‘Woh Teri Bhabi hai Pagle’ on March 7, 2016. The actor looked stunning in a black t-shirt and jeans and interacted with the lead cast of the show Ali Asgar, Krishna Gokani and Ather Habib.

The movie ‘Ki and Ka’ also stars Kareena Kapoor in lead roles in which Kareena plays the role of an ambitious career oriented girl while Arjun will be seen playing the role of a husband who loves to be at home and do the household chores.