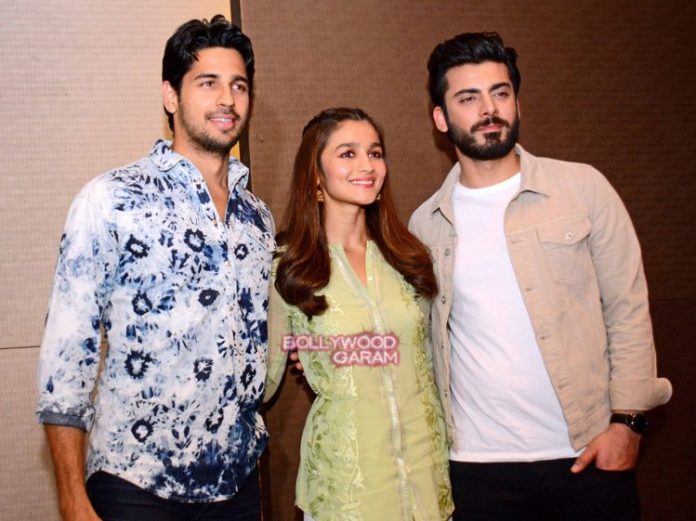 Bollywood actors Alia Bhatt, Sidharth Malhotra and Fawad Khan promoted their upcoming movie ‘Kapoor and Sons’ at an event in Ahmedabad on March 6, 2016. Alia looked pretty in a light green kurti and white harrom pants while Fawad and Sidharth were seen in casuals.

Alia Sidharth and Fawad are reaching new cities everyday to promote their upcoming flick. Sidharth and Alia have earlier worked together in ‘Student of the Year’ and this is the first time Alia has been cast opposite Pakistani actor Fawad Khan.