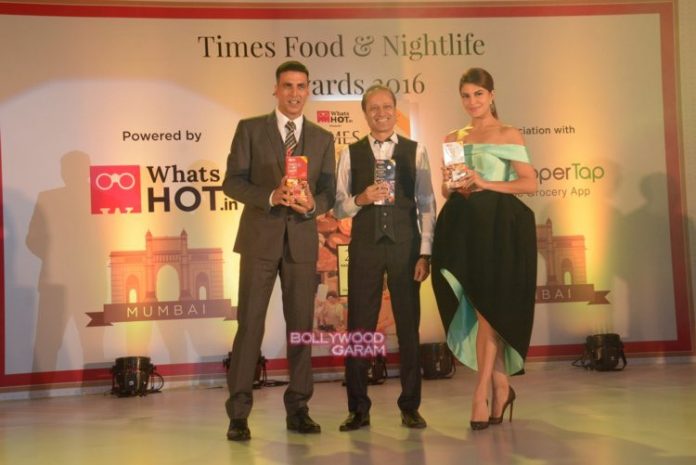 Bollywood stars Akshay Kumar and Jacqueline Fernandez were snapped at the Times Food and Nightlife Awards 2016 in Mumbai on March 15, 2016. The actors were chief guests at the event with Vineet Jain Times Group MD.

The ceremony was held at the Grand Hyatt Mumbai and was hosted by Anuj Gurwara, who kept everyone entertained with his jokes. More than 80 awards were given out in various categories including fine dine, nightlife and more.