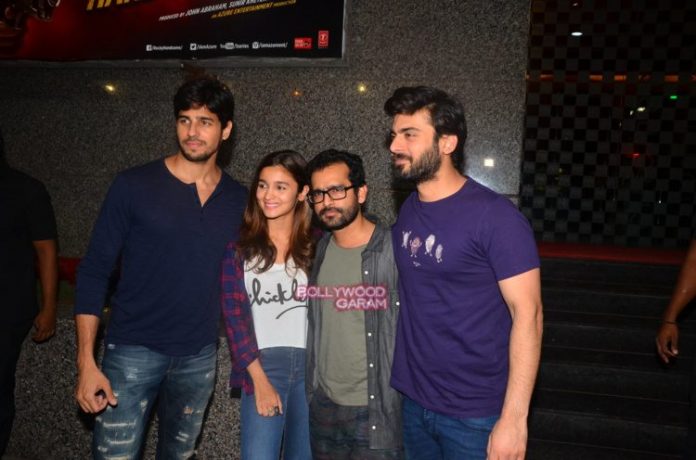 Actors Alia Bhatt, Sidharth Malhotra and Fawad Khan visited the Hindustan Times Office in Mumbai on March 18, 2016. The lead actors of ‘Kapoor and Sons’ promoted their movie as they interacted with the media and fans and discussed various topics.

The movie also stars Rishi Kapoor, Ratna Pathak and Rajat Kapoor and has hit the theatres on March 18, 2016.