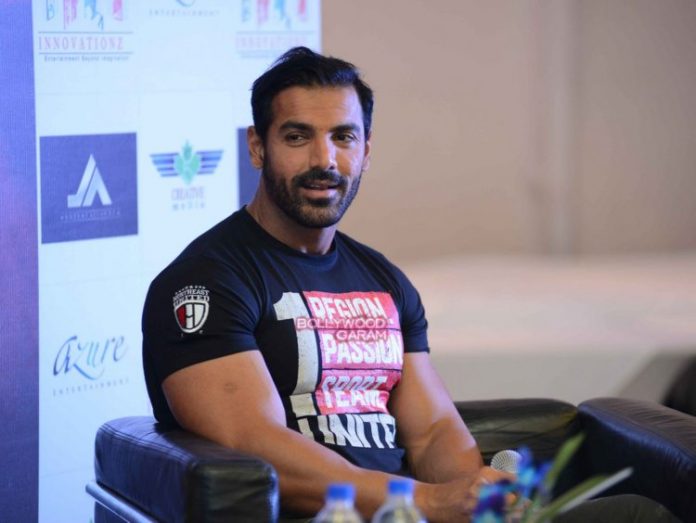 Bollywood actor John Abraham promoted his upcoming movie ‘Rocky Handsome’ in Delhi on March 21, 2016. The actor looked great in casuals and interacted with the media.

The movie ‘Rocky Handsome’ is directed by Nishikant Kamat and also stars Shruti Haasan and Sharad Kelkar. The story of the movie is lightly based on the Korean movie ‘The Man from Nowhere’.

John is co-producing the movie under the banner John Abraham Entertainment and is all set to hit the theatres on March 25, 2016.