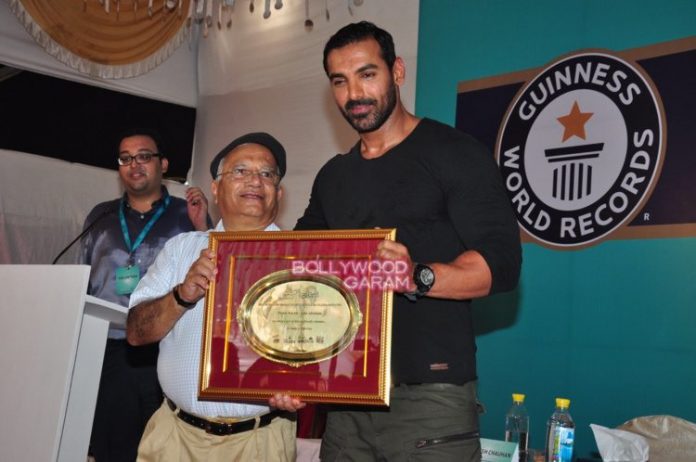 Bollywood star John Abraham was at the Bisleri Swach Bharat Plastic Bottle Recycling Initiative in Mumbai on April 13, 2016. Aqua company Bisleri International had felicitated schools that helped the company to win the Guinness World Record for collecting the highest number of used plastic Bottles for Recycling.

John was present at the event to honour and motivate the students.

The earlier Guinness World Record was 13,408 kgs that was achieved by a school in Florida and Bisleri managed to surpass the record and collected 23,538.9 kgs of pet bottles which is 1.1 million bottles and entered the Limca Book of Records and Guiness records.