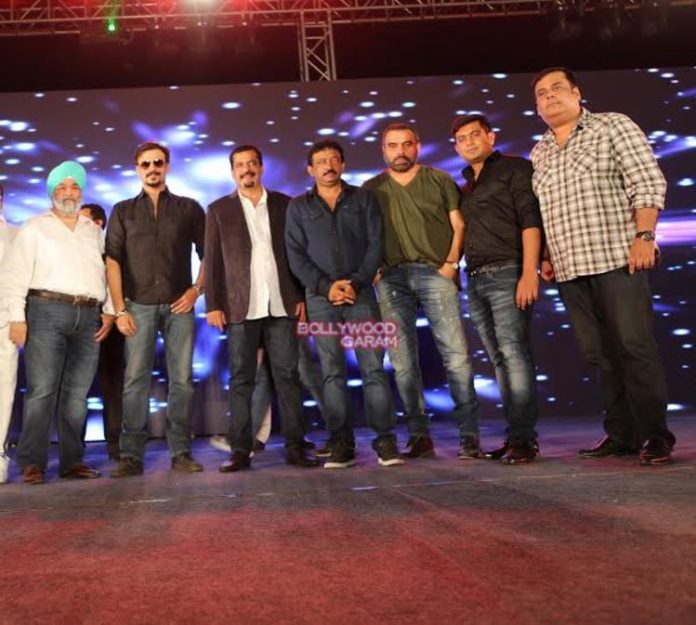 Filmmaker Ram Gopal Varma unveiled the first look of the movie ‘RAI’ at an event in Bengaluru on May 1, 2016. The poster of the flick was unveiled by Mr. Muthappa Rai on his birthday amidst thousands of people at Biddadi at Bengaluru.

The first look of the Bollywood version of the movie will be unveiled at another event that will be held in Mumbai soon. The movie has a tagline ‘The Greatest Gangster Ever’ and is produced by CR Manohar.

The rights for the Hindi version of the flick have been acquired by Raju Chadda of Wave Films and Sunil Lulla of Eros International.