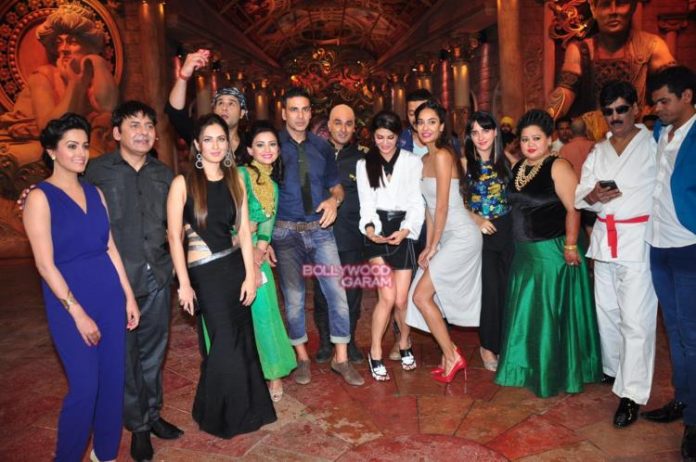 Bollywood star Akshay Kumar is known to be a gentleman and has always had a great control over his temper. The actor who is busy in the promotions of ‘Housefull 3’ lost his cool in one of the promotional events on the TV show ‘Comedy Nights Bachao’. Kumar got angry over a comment made towards co-star Lisa Haydon by comedian Siddharth Jadhav and pushed him hard to stop him.

Reports say that the comedian called Lisa a ‘Black African’ and then said that she looked like a kangaroo since she came from Australia. Lisa and Jacqueline were visibly uncomfortable by the comments after which the actor intervened and stopped the comedian by pushing him.

Akshay and co-star Riteish Deshmukh were reportedly uncomfortable with the few lines that were used for the ladies. The ‘Khiladi’ star was upset due to the fact that the comedians were aware that Lisa wasn’t well versed with Hindi and that she might not even had understood the lines that they uttered. Kumar had later went through the script and suggested a few changes.

The movie ‘Housefull 3’ also stars Abhishek Bachchan, who was not present at the promotional event. ‘Housefull 3’ is all set to hit the theatres on June 3, 2016.