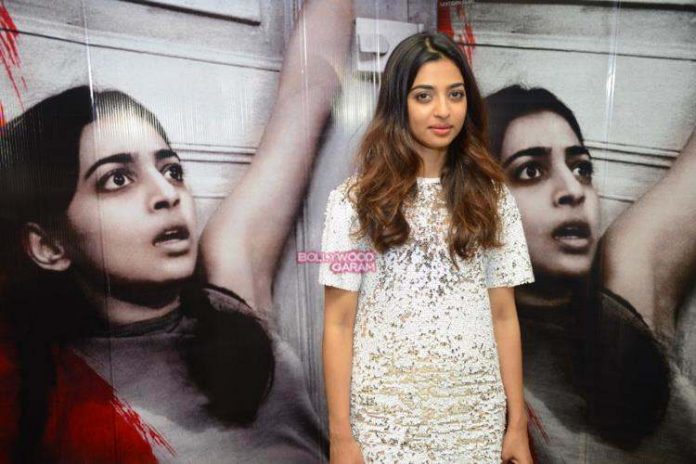 Actress Radhika Apte promoted her upcoming movie ‘Phobia’ at an event in New Delhi on May 27, 2016. Apte looked pretty in a shimmery outfit and was accompanied by director Pavan Kriplani.

The actress interacted with the media and threw light about the movie. The actress said that ‘Phobia’ is her first solo movie and is based on a never-seen-before concept.

Radhika was earlier seen in the movie ‘Badlapur’ which also starred Varun Dhawan and Divya Duta.