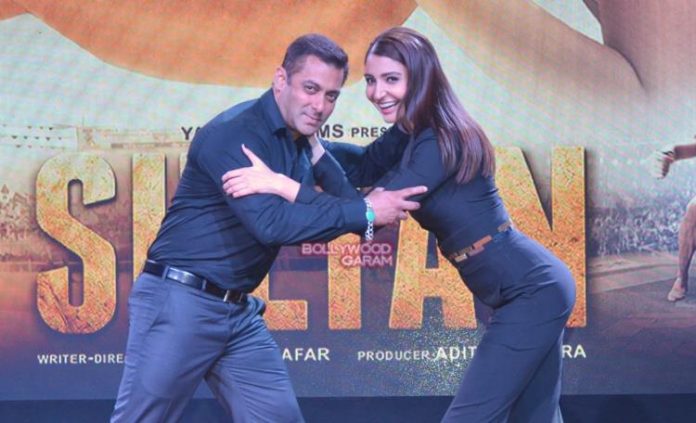 Actors Salman Khan and Anushka Sharma came together to launch the trailer of their much awaited movie ‘Sultan’ at an event in Mumbai on May 24, 2016. Anushka looked fabulous in a Nikhil Thampi outfit while Salman stole the show with his charm in a formal shirt and a trouser.

The movie ‘Sultan’ will see Salman and Anushka playing the role of wrestlers. ‘Sultan’ is directed by Ali Abbas Zafar and is produced by Aditya Chopra under the banner of Yash Raj Films banner.