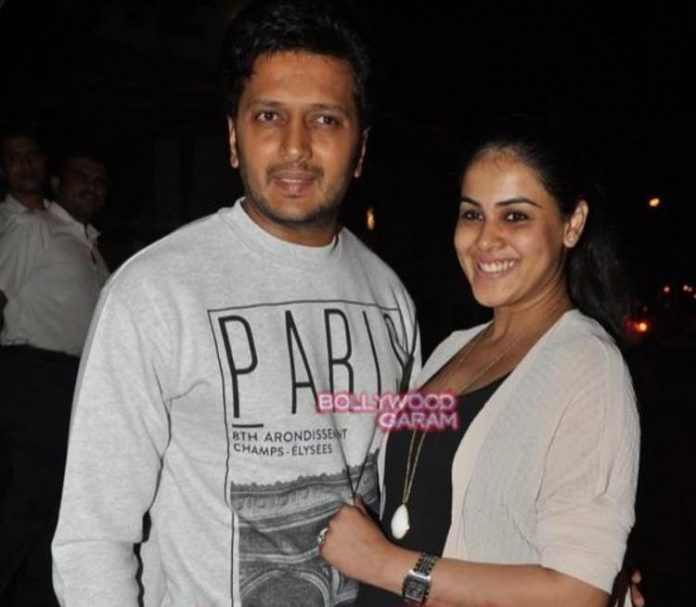 Bollywood’s most lovable couple Riteish Deshmukh and Genelia D’Souza are once again been blessed with a baby boy on June 1, 2016. Riteish and Genelia are already parents to a baby boy Riaan born on November 24, 2016.
Riteish announced the happy news in the cutest way. The actor posted Riaan’s picture on Twitter and wrote, “Hey guys, my Aai & Baba just gifted me a little brother. Now all my toys are his…- Love Riaan”. As soon as the news broke, congratulatory messages started pouring in from the film fraternity. The actress too posted on Twitter, “Thank you GOD for blessing me much more than I deserve”.
Genelia and Riteish got married on February 3, 2012 after courtship of about nine years. The two met on the sets of their movie ‘Tujhe Meri Kasam’ and since then they have been seeing each other. However, the actors were not open about their relationship for a very long time.
Genelia has not only worked in Bollywood but has also been popular in the south film industry. Riteish and Genelia made their Bollywood debut with the movie ‘Tujhe Meri Kasam’. Bollywood stars like Abbhishek Bachchan, Farah Khan, Sidharth Malhotra, Satish Kaushik, Karan Johar, Sajid Khan and others wished the couple through social network.