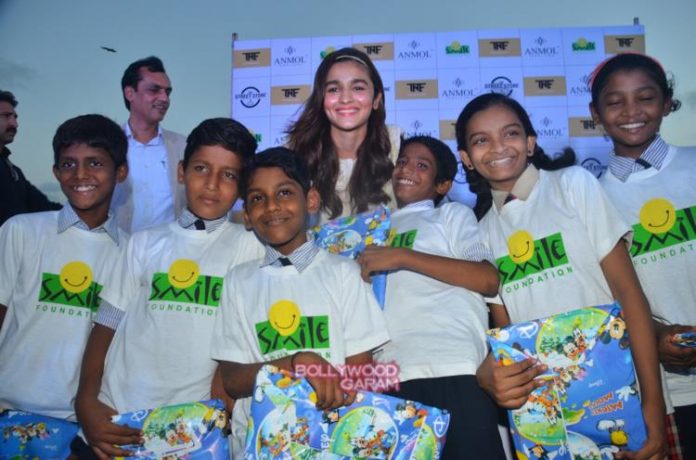 Indian actress Alia Bhatt was snapped at the launch event of a pop up store in Mumbai on May 29, 2016. The pop up store is the first store opened for the underprivileged and has been named as ‘The Street Store’.

Bhatt was seen in a pretty beige top and a pair of jeans. The ‘Student Of The Year’ actress was also seen posing with some of the children at the launch event.

On the work front, the actress is currently shooting for the upcoming movie ‘Badrinath Ki Dulhania’.