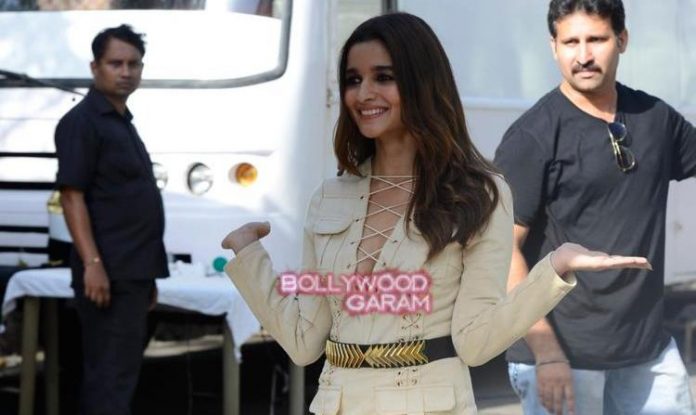 Bollywood actress Alia Bhatt was snapped in a glamorous look at the Dream Team concert photoshoot held in Mumbai on May 30, 2016. The actress was seen in a short beige dress.

The Dream Team concert will be held in multiple cities in the United States of America and will also see the participation of other Bollywood biggies including Sidharth Malhotra, Parineeti Chopra, Varun Dhawan, Aditya Roy Kapur, Karan Johar and Katrina Kaif.