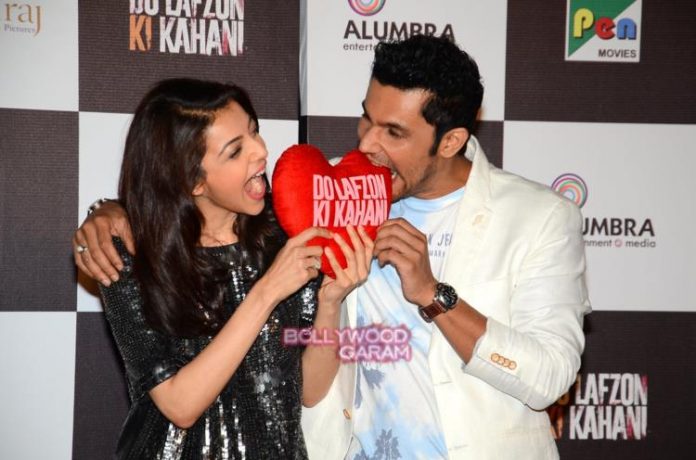 Bollywood actors Randeep Hooda and Kajal Agarwal promoted their upcoming movie ‘Do Lafzon Ki Kahaani’ at an event in Mumbai on June 1, 2016. The actors interacted with the media and shared their experiences.

Kajal while talking about her role said that she was a bit apprehensive about kissing Randeep on screen, but then gave in when the script demanded. The actress said that it is a sensitive and a beautiful love story.

Kajal will be seen playing the role of a blind girl and the movie is all set to hit the theatres on June 10, 2016.