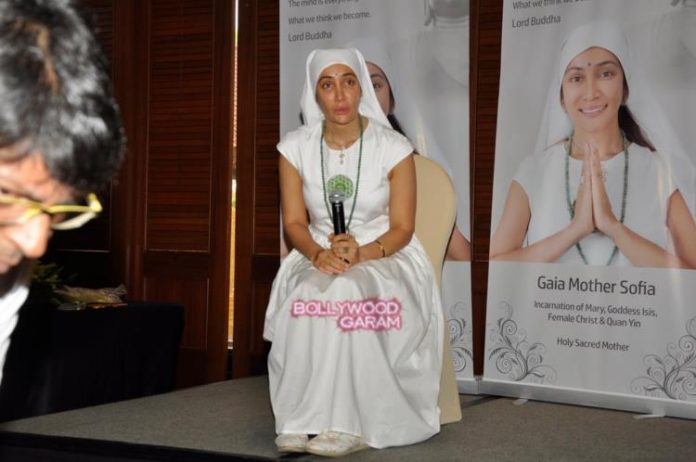 Model and actress Sofia Hayat, who recently shocked her fans over her decision to turn in to a nun, held a press conference in Mumbai on June 3, 2016. The actress turned nun talked openly about her past and her intensions in future with the media.

Sofia, who is now known as Gaia Mother Sofia, said, “I am the incarnation of Quan Yin, Female Christ, Mary and Goddess Isis. I am the Mother and daughter of God of the Holy Trinity. I want to spread the truth of who we are and what is our purpose in life is. It is time to wake up and live the truth.”

The model also revealed that she was in a relationship earlier but does not feel the urge to get physical now.