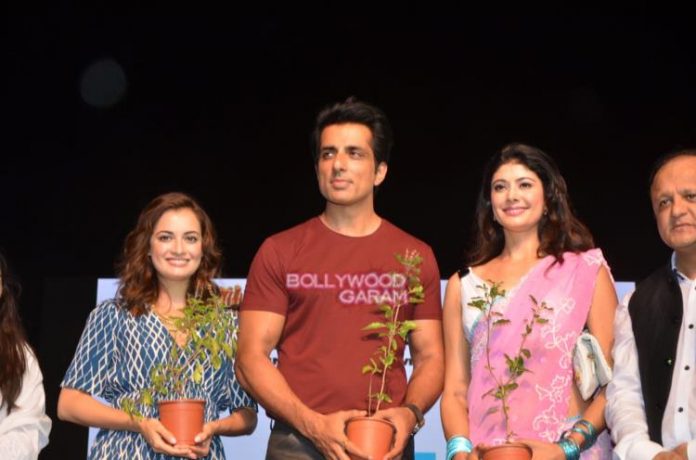 The event also saw the presence of Pooja Batra, who along with Dia and Sonu Sood promoted the importance of plantation.

The celebrities at the event shared their views on saving the environment.