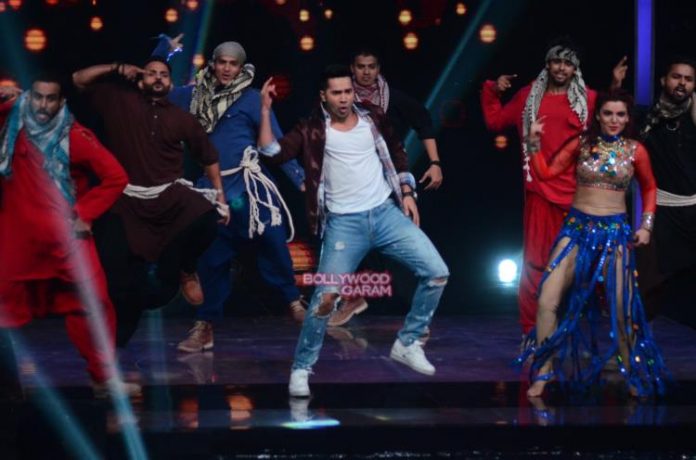 Bollywood hunk Varun Dhawan promoted his upcoming movie ‘Dishoom’ on the sets of the singing reality show ‘Sa Re Ga Ma Pa’ in Mumbai on June 14, 2016. Dhawan appeared in a casual jeans, shirt and a jacket and posed for the shutterbugs.

The movie also stars John Abraham, Akshaye Khanna and Jacqueline Fernandes and is directed by Rohit Dhawan. Reports say that the movie is the remake of the 2013 Malayalam movie ‘Mumbai Police’.