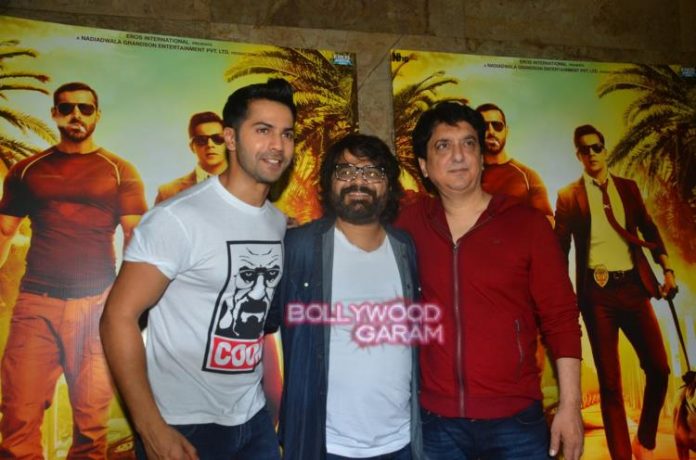 Actor Varun Dhawan launched the song ‘Sau Tarah Ke’ from his upcoming movie ‘Dishoom’ on the sets of the TV show ‘Sa Re Ga Ma Pa’ on June 16, 2016. Varun will have to promote the movie alone for some time as his co-stars Jacqueline Fernandez from the movie John Abraham and Jacqueline Fernandez are busy shooting for their respective movies.

Varun will be seen playing the role of a police officer and has tattooed the name of the movie on his forearm.

The movie ‘Dishoom’ also stars Jacqueline, John and Akshaye Khanna and is all set to hit the theatres on July 29, 2016.