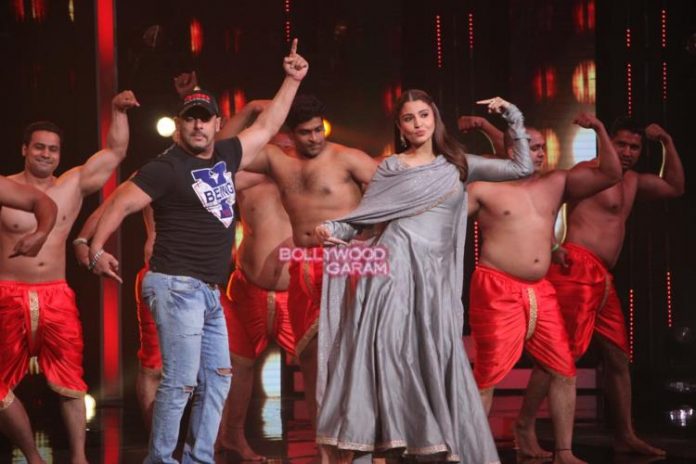 Actors Salman Khan and Anushka Sharma promoted their upcoming movie ‘Sultan’ on the sets of the show ‘Sa Re Ga Ma Pa’ in Mumbai on June 23, 2016. Salman looked cool in a t-shirt, jeans and a cap while Anushka looked splendid in a grey outfit.

The on-screen couple are these days busy in promoting their movie which is all set to hit the theatres on July 6, 2016.

The movie is directed by Abbas Ali Zafar and Salman and Anushka will be seen playing the role of wrestlers.