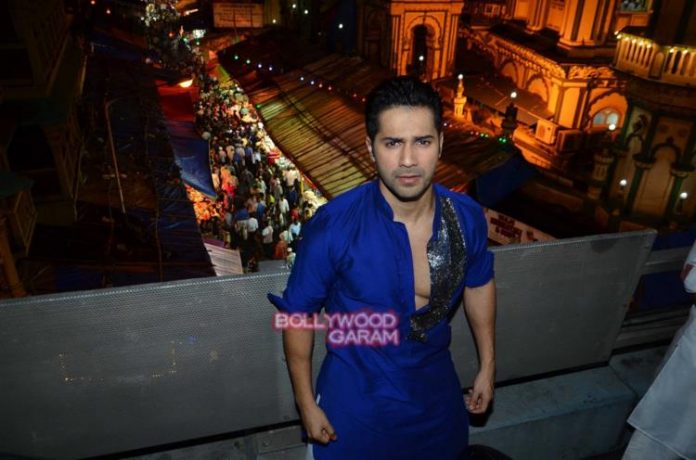 Bollywood hunk Varun Dhawan was at Mohammed Ali Road where he attended an Iftar party during Ramzan in Mumbai on June 29, 2016. The actor was seen in a blue kurta and white pyjama and was seen gorging in to the delicacies spread out on the table.

Varun interacted with the crowd and shared that he used to be a regular visitor to the Mohammed Ali Road before he became an actor.

On the work front, the actor is looking forward for the release of his upcoming movie ‘Dishoom’ which is all set to hit the theatres on July 29, 2016.