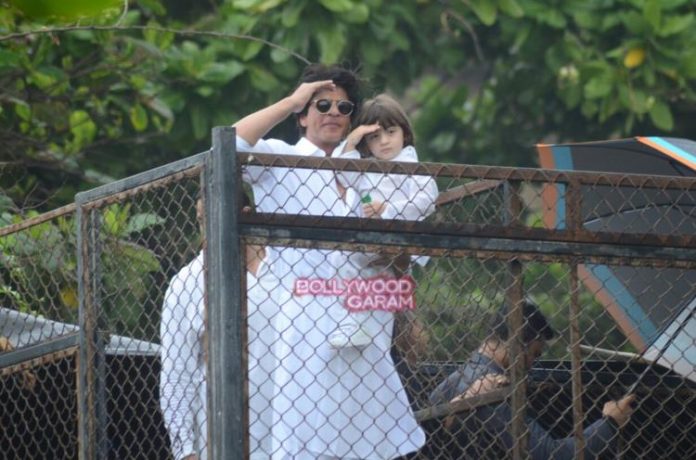 Superstar of Bollywood Shahrukh Khan followed the trend of wishing his fans outside his residence at Mannat in Mumbai on July 7, 2016. This time the showstopper was the youngest Khan Abram who also appeared with dotting father Shahrukh to wish the fans.

Later the actor appeared for a press interaction wished all his fans and media happiness and prosperity.

The ‘Badshah’ star appeared in a white pathani kurta and pyjama. On the work front, Shahrukh was last seen in the movie ‘Fan’ and is currently filming for the upcoming movie ‘Raees’.