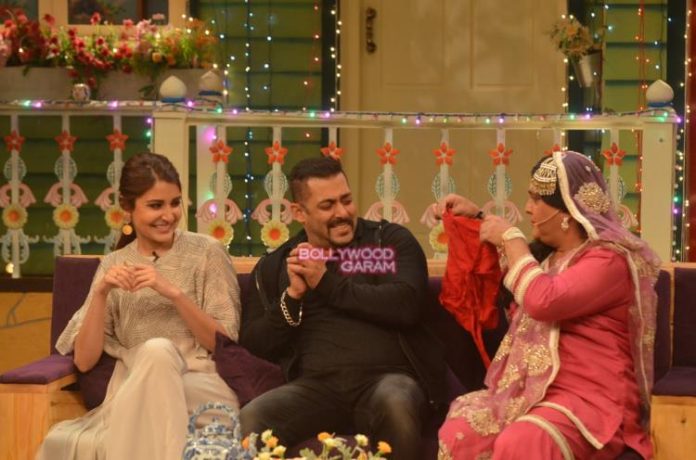 Bollywood stars Anushka Sharma and Salman Khan promoted their movie ‘Sultan’ on the sets of ‘The Kapil Sharma Show’ in Mumbai on July 4, 2016. The actors had a great time with the characters of the show.

Salman was seen dancing to the song ‘Pehla Pehla Pyaar Hai’ with his ‘Sultan’ co-star Anushka. ‘Sultan’ is directed by Ali Abbas Zafar and produced by Aditya Chopra.

The movie has hit the theatres on July 6, 2016 and is running successfully all over.