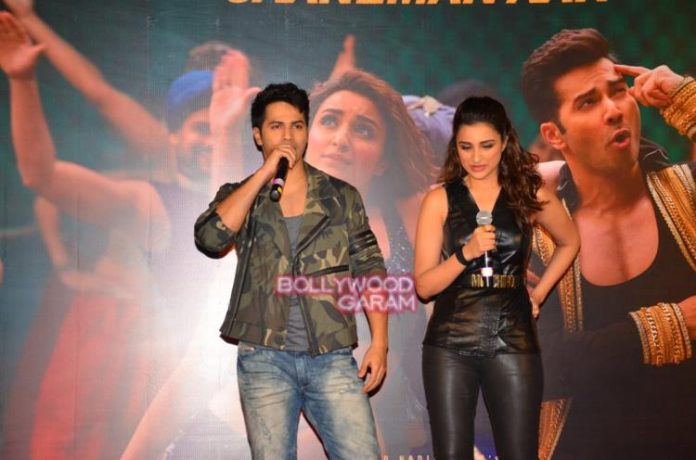 Actors Varun Dhawan and Parineeti Chopra launched their song ‘Jaaneman Aah’ from their upcoming movie ‘Dishoom’ at an event in Mumbai on July 12, 2016. Varun and Parineeti rocked at the song launch as they danced to the tunes. Parineeti flaunted a slim figure in a black outfit while Varun was seen in casuals with a jacket.

The movie ‘Dishoom’ also stars John Abraham and Jacqueline Fernandez and is all set to hit the theatres on July 29, 2016.