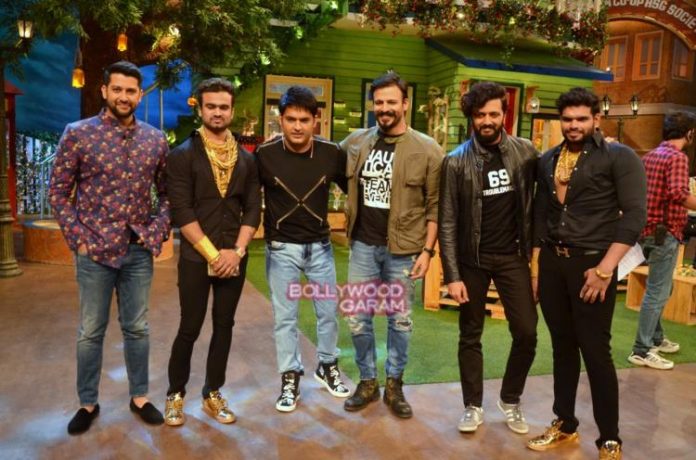 Actors Vivek Oberoi, Aftab Shivdasani and Riteish Deshmukh appeared on the sets of the ‘Kapil Sharma Show’ to promote their movie in Mumbai on July 12, 2016. The stars of the movie made a grand entry on the show and promised that the latest franchise of the ‘Masti’ series will be a laugh riot.

The actors on the show made sure that they entertained the audience to the maximum.

The movie also stars Urvashi Rautela, Pooja Bose and Shraddha Das and has hit the theatres on July 15, 2016.