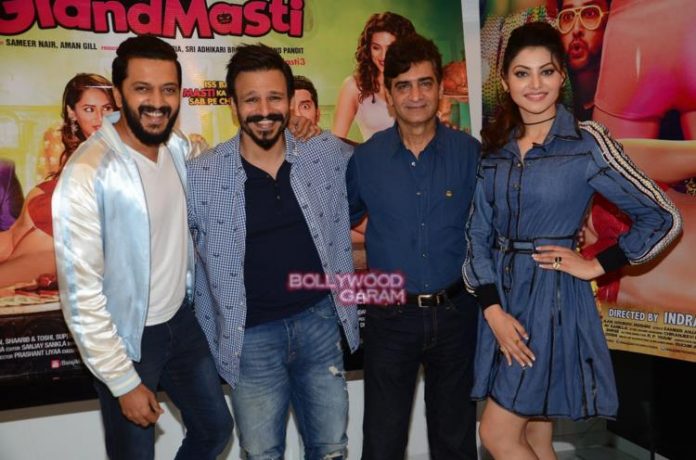 The movie also stars Aftab Shivdasani, but was absent from the promotion. Urvashi looked pretty in a blue outfit while Vivel and Riteish looked cool in casuals.

The makers of the movie were earlier planning to release the movie on July 22, 2016 but the date was advanced to July 15, 2016 as a pirated copy of the movie was leaked online.