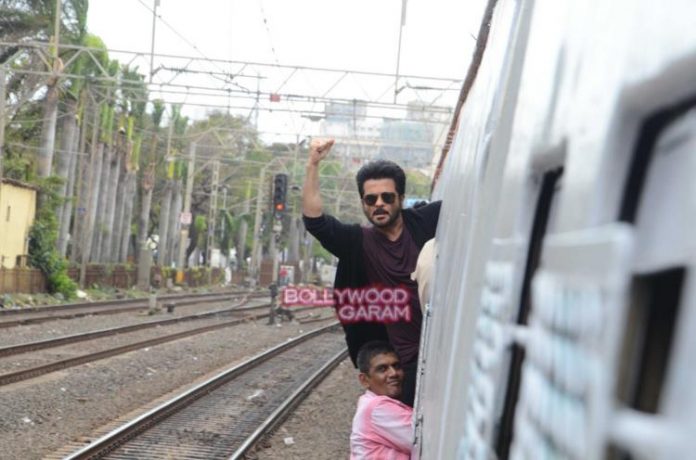 Indian actor Anil Kapoor decided to take a local train to promote the second season of his TV series ‘24’. The actor hopped in to a local train in Mumbai for promotions on July 14, 2016.

Kapoor also shared several pictures of his interaction with his fellow passengers in the train. The actor wrote, “24 India: Season 2″ in Churchgate local! I think I made a lot of people late for work today!” Anil will be returning to the silver screens by playing the role of Jai Singh Rathod.