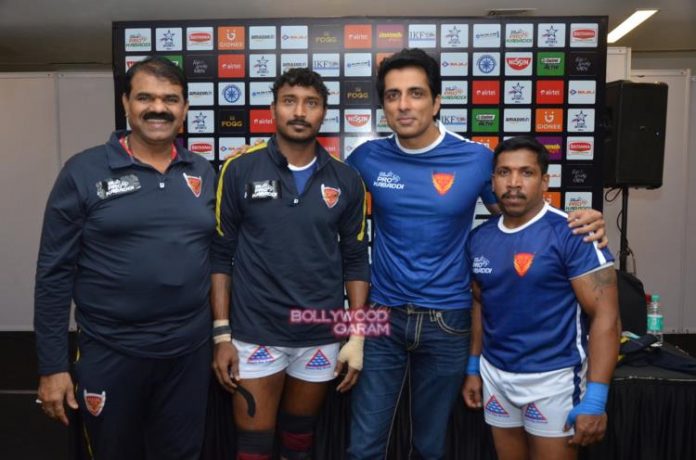 Bollywood actors Sunny Leone and Sonu Sood were snapped at the Pro-Kabaddi League match held in Mumbai on July 22, 2016. Sunny looked pretty in an Indian attire and was accompanied with husband Daniel Weber.

Sonu, who is a strong supporter of the team Dabang Delhi, was seen cordially interacting with Jaipur Pink Panthers owner Abhishek Bachchan.