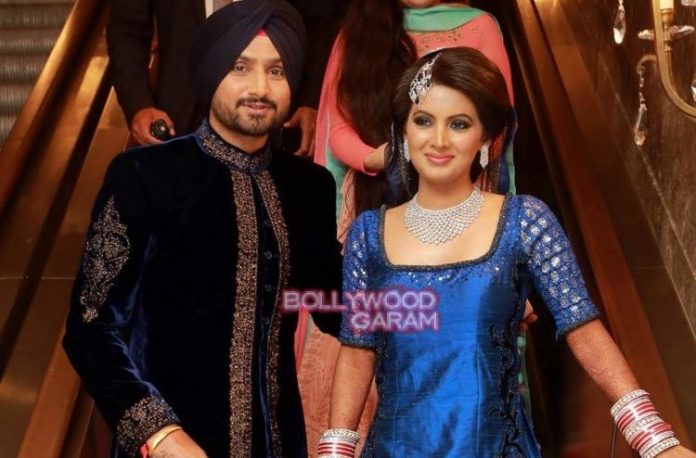 Indian cricketer Harbhajan Singh and wife Geeta Basra have now become proud parents of a baby girl. The news came out through Harbhajan’s mother Avtar Kaur, who revealed that Geeta delivered a baby girl at a London Hospital on July 27, 2016.
Avtar had called Harbhajan and congratulated the couple for the baby. The mother and baby are doing perfectly fine. Singh and Basra got married on October 29, 2015 at a lavish celebration at Jalandhar. The ceremony saw the Who’s Who from the field of cricket and Bollywood. Geeta had held a baby shower ceremony in June, 2016.