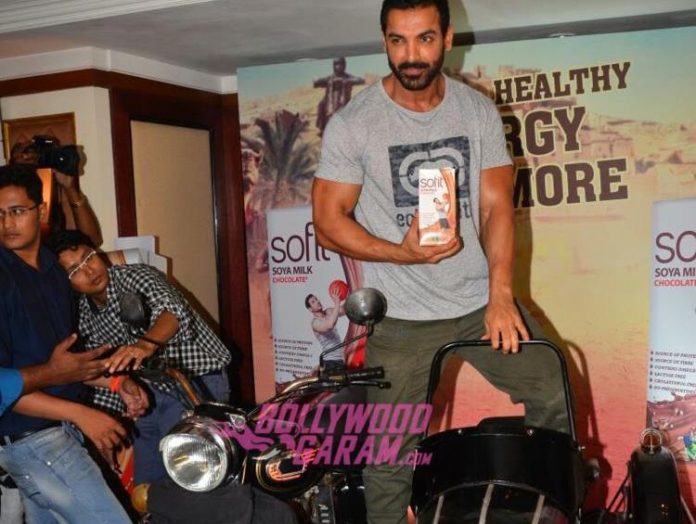 Bollywood hunk John Abraham promoted the nutritional drink Sofit at an event in Mumbai on July 29, 2016. The actor is the brand ambassador of Sofit Soya Milk.

Abraham appeared in casuals and is also promoting his movie ‘Dishoom’ with co-stars Jacqueline Fernandez and Varun Dhawan. The movie has hit the theatres on July 29, 2016.