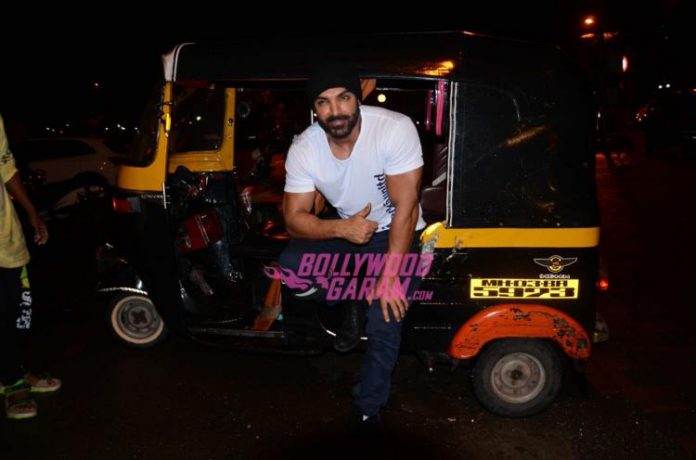 Bollywood hunk John Abraham promoted his upcoming movie ‘Dishoom’ at Gaiety Galaxy in Mumbai on July 31, 2016. The ‘Madras Café’ star arrived in an auto rickshaw for the promotions and posed for the shutterbugs.

John was seen in a white t-shirt and denims and made his way towards the theatre to see the reaction of the audience to his latest movie.

‘Dishoom’ also stars Varun Dhawan and Jacqueline Fernandez and has hit the theatres on July 29, 2016.