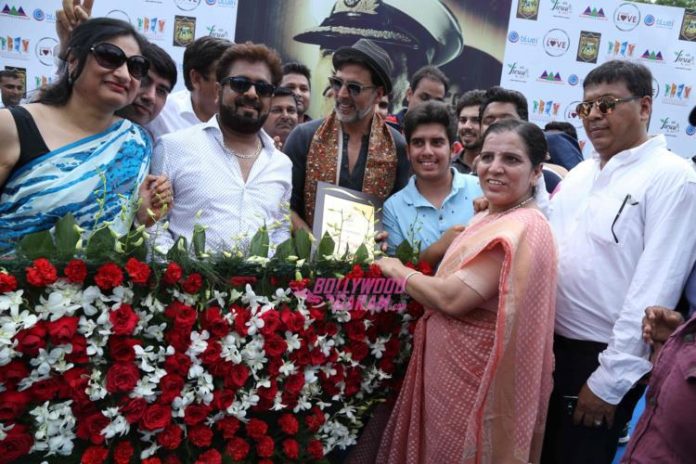 Akshay picked a lucky lady from the crowd, called her on the stage and shook a leg with her. The actors interacted with the crowd who were so enthusiastic that the students broke the barriers and jumped off the security panels to click selfies with the stars.