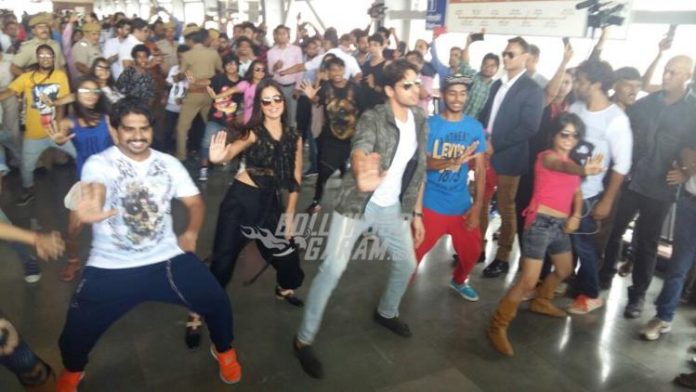 Actors Katrina Kaif and Sidharth Malhotra promoted their upcoming movie ‘Baar Baar Dekho’ at the metro station at Jaipur on August 30, 2016. The makers of the movie are reaching every possible corner of the country for the promotions.

The presence of the actors turned the entire station in to a party place when the song ‘Kaala Chashma’ was played. A flash mob of about 100 youngsters grooved to the tunes of the blockbuster song as Katrina and Sidharth took centre stage.

The movie ‘Baar Baar Dekho’ is produced by Karan Johar, Riteish Sidhwani and Farhan Akhtar and is all set to hit the theatres on September 9, 2016.