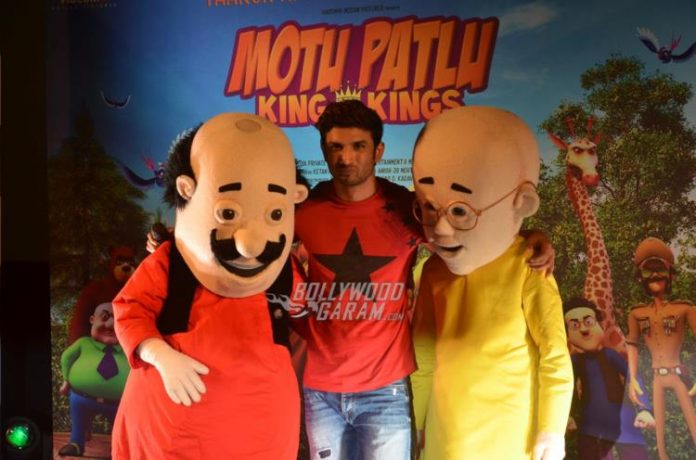 Indian actor Sushant Singh Rajput launched the trailer of the upcoming 3D movie ‘Motu Patlu: King of Kings’ at an event in Mumbai on September 8, 2016. The characters of Motu and Patlu are from the popular TV animation series ‘Motu Patlu’.

Sushant also promoted his upcoming movie ‘M.S. Dhoni: The Untold Story’ and was seen having fun with the characters at the event.