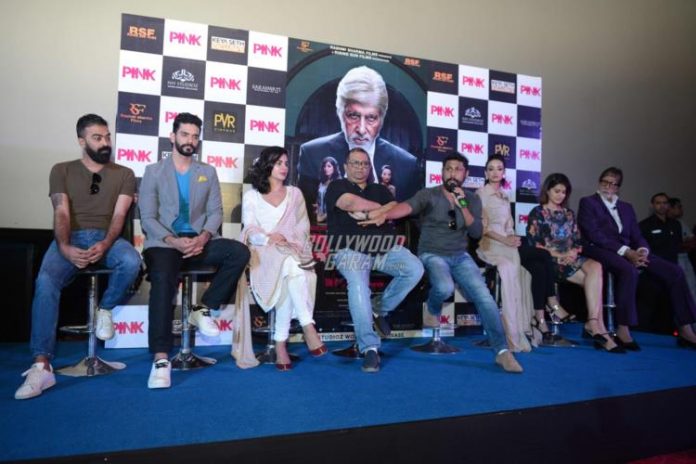 Actors Amitabh Bachchan and Taapsee Pannu hosted a press meet for their movie ‘Pink’ in Delhi on September 16, 2016. Amitabh looked great in a suit while Taapsee appeared in a printed outfit.

The actors interacted with the media and posed for the shutterbugs. The movie ‘Pink’ is based on the cases of molestation that women often face in India. ‘Pink’ is directed by Aniruddha Roy Chowdhury and produced by Rashmi Sharma and Shoojit Sircar.